Alto saxophonist Jackie McLean is revered as a post-bop pioneer, but his music has seldom been tackled by 21st-century players. That is a situation San Francisco multi-instrumentalist Steven Lugerner is looking to remedy with his searing new Primary Records album “Jacknife: The Music of Jackie McLean.”

RICHMOND, CA (PRWEB) MARCH 11, 2016
For the last year and a half, San Francisco Bay Area woodwind expert Steven Lugerner has been digging into the music of jazz legend Jackie McLean with Jacknife, Lugerner’s hard-hitting West Coast post-bop quintet. The group has completed work on an album, “The Music of Jackie McLean,” slated for release on April 22 by Primary Records, and will be touring the West Coast next month with special guest Larry Willis, the virtuoso pianist and former McLean sideman.
Exploring tunes from McLean’s seminal early- and mid-1960s Blue Note albums “Jacknife,” “It’s Time,” “Let Freedom Ring,” and “New Soil,” the new album brings together a formidable cast of rising talent, including pianist Richard Sears, bassist Garret Lang, drummer Michael Mitchell, and trumpeter JJ Kirkpatrick, all of whom will be on the April shows (with Willis replacing Sears).
Larry Willis made his recording debut on McLean’s 1965 date Right Now and appeared on the original Jacknife album (1966) and other recordings by the saxophonist. Lugerner connected with Willis last summer at the Stanford Jazz Workshop, where Lugerner has been Manager of Education Programs since 2013 and Willis was a visiting artist.
Although Lugerner never had the opportunity to meet McLean, who died in 2006 at age 74, he listened deeply to the alto giant’s recordings as he was coming up. “I studied with alto saxophonist Mike DiRubbo, who studied directly with McLean at the Hartt School in the early 1990s,” says Lugerner. “Mike was a huge influence on me when I was in college.” And during his undergrad years at the New School for Jazz and Contemporary Music Lugerner took an orchestra class with trumpet great Charles Tolliver, who played such an important role in McLean’s mid-60s bands.
The modal opening track “On the Nile,” a piece by Tolliver, debuted on McLean’s “Jacknife,” which was recorded in 1965 but only released a decade later. The unaccountably shelved album also provided “Climax,” an impressive composition by Jack DeJohnette, who was making his recording debut. Both tunes eschew harmonic complexity in favor of sinuous melodies that allow soloists to generate hurtling momentum. For Lugerner, it’s a sound that embodies the roiling environment of New York, “the grittiness, the hustle and fast-paced lifestyle, the energy that the city brought to their lives. ‘On the Nile’ takes no prisoners, but it’s accessible, a modal, vampy piece that hits a few key centers. In a way it anticipates developments in rock and hip-hop.”
Like fellow altoists Charlie Parker and Ornette Coleman, McLean infused much of what he played with the feel of blues, whether or not the tune itself was a blues. The jaunty hard-bop anthem “Hip Strut” from “New Soil” was the tune that turned Lugerner into a McLean devotee during his first year at the New School. He included another classic JayMac blues “Das Dat,” from “It’s Time,” a consistently thrilling album with Tolliver, Herbie Hancock, Cecil McBee, and Roy Haynes. The best-known piece on the new album, McLean’s mischievously lyrical “Melody for Melonae,” hails from “Let Freedom Ring,” a quartet session with Walter Davis Jr., Herbie Lewis, and Billy Higgins.
“I chose all the tunes because the melodies were super-strong,” Lugerner says. “I’d listen to the albums and these are the songs I’d hum walking down the street. I love the juxtaposition of ‘Melody for Melonae’ and then this straight-ahead blues. I think Ornette and Jackie were the two bluesiest players that have ever existed.”
Lugerner’s collaborators are similarly inspired by McLean’s music. Hailing from Portland, Oregon, and based in Los Angeles, trumpeter JJ Kirkpatrick has gained attention with the Sophisticated Lady Jazz Quartet. New York-reared drummer Michael Mitchell is making waves on the Bay Area scene with the electro-acoustic Negative Press Project. Bassist Garret Lang, who’s now based in his native Los Angeles, has recorded with emerging players such as saxophonist Ben Flocks and reed player Levon Henry. And pianist Richard Sears, a Bay Area native now based in New York, is a rapidly rising star who released an acclaimed 2015 trio session Skyline and recently recorded his six-part suite for drum legend Tootie Heath, who’s featured on the project (along with Lugerner and Lang).
In a relatively short period of time, 27-year-old Bay Area native Steven Lugerner has collaborated with a heavyweight roster of jazz masters, including pianist Myra Melford, percussionist John Hollenbeck, tenor saxophonist Dayna Stephens, altoist Miguel Zenón, soprano saxophonist Jane Ira Bloom, flutist Jamie Baum, and drummer Matt Wilson. Last year’s digital-only release “Gravitations Vol. II” was a gorgeous duo project that places piano great Fred Hersch in an entirely new context.
A skilled and diversified woodwind doubler on saxophones, bass clarinet, B-flat clarinet, oboe, English horn, flute, and alto flute, Lugerner is suitably focusing on the alto saxophone for his work with Jacknife: “This is one project where I can bring just one horn.” 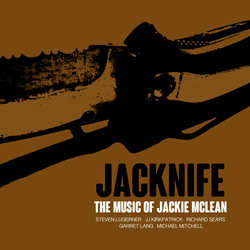 Venture Richmond tells 8News they have rescinded their application with the City of Richmond for a temporary Black Lives Matter street mural.
View on Facebook
·Share

“It is an iconic coffee location in Richmond. In many ways, it has tracked the development of the Richmond coffee scene,” David Blanchard said.
View on Facebook
·Share

‘You may be looking at close to 100 restaurants' closing in Richmond, tourism group says

It’s been a tough six months for the restaurant industry, as restaurants have been forced to get creative to deal with the pandemic.
View on Facebook
·Share

ov. Ralph Northam and Virginians across the commonwealth turned out to vote on the first day of the 45-day in-person voting period ahead of the November 2020 election.
View on Facebook
·Share