Hear the voices! Proud Black voices. Listen.
African voices, yet to be identified American.
Hear the thoughts illumined by culture and spirit.
Listen.
Music that rises up from the ground itself.
Walk on the ground. Sacred ground. Call out their names.
Listen for the voices of our ancestors.

Expect the “Wow” factor as you witness the lives and roles of Africans
and Africa’s descendants unfold in this drama
that informs and empowers.
Music and dance punctuate the stories of the spirit and magic of Africa,
conditions of enslavement, resistance,
the Black Dispatches, United States Colored Troops, women in support,
the Emancipation Proclamation and the 13th Amendment.

Along E. Main Street in route to the Capitol.

The United States Colored Troops
led the Union Army into Richmond on April 3, 1865
to shut down the Confederacy headquartered in Richmond
and to liberate Africans enslaved here and everywhere.
(The 13th Amendment abolished slavery
and was ratified by Congress in December, 1865.)
Join the parade! Line the streets for this recreated triumph!
Join activities on the Capitol Grounds. 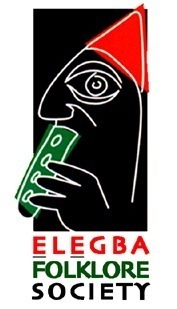 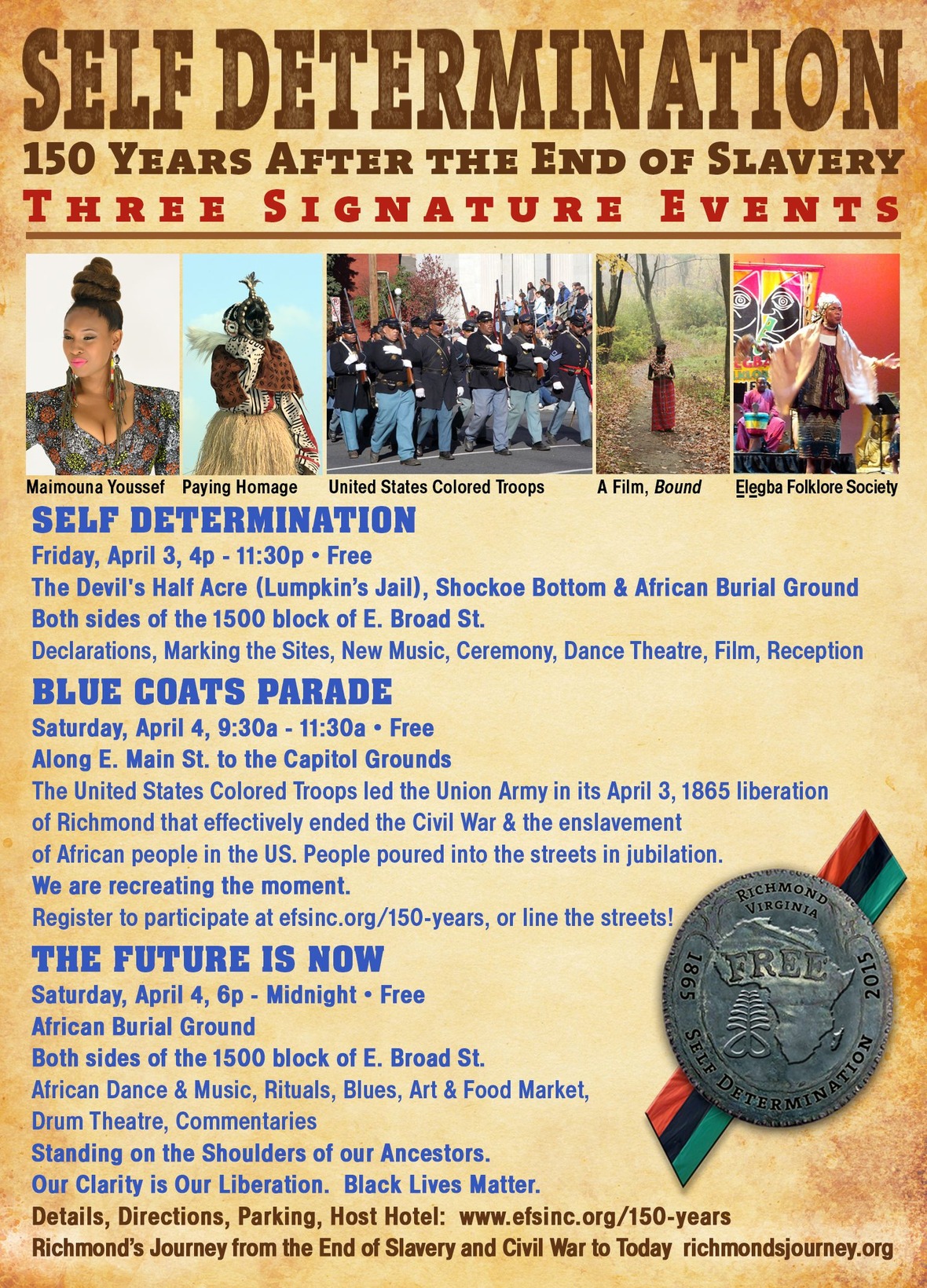 The Elegba Folklore Society, Richmond’s Cultural Ambassador, will be holding three signature events on Friday, April 3 and Saturday, April 4. The events are in recognition of the end of slavery, 150 years ago, and will feature different ceremonies, music, dance, commentaries, art, and food and drink.

Posted by Office of the Press Secretary to the Mayor at 12:55 PM