Throughout his prolific recording career, now in its 64th year, pianist-composer Randy Weston has vividly drawn connections between the jazz and blues that surrounded him while growing up in Brooklyn and the music of Africa, his ancestral homeland. “The African Nubian Suite,” his first album to be issued on his own African Rhythms label, is the most magnificent manifestation yet of his ongoing quest.

NEA Jazz Master, iconic pianist/composer, and still-vital jazz elder Randy Weston, at 90, remains a powerful force in jazz. Currently serving as artist-in-residence at Medgar Evers College at the City University of New York; celebrated earlier this month at Harvard University, which has acquired his archive; and named a United States Artists (USA) Fellow last week, Weston is now preparing to release a new recording on his African Rhythms label.

The 2-CD set, “The African Nubian Suite,” captures a concert presented at New York University’s Skirball Center for the Performing Arts by the Institute of African American Affairs on Easter Sunday 2012 and will be released by African Rhythms on January 20, 2017.

“The African Nubian Suite” lays out the history of the human race in music and words. Weston and narrator Wayne Chandler trace it back to Ardi, a woman who walked upright 4.4 million years ago in Nubia, a region along the Nile River that straddles parts of what are today Egypt, Sudan, and Ethiopia.

“In one single work,” Robin D.G. Kelley writes in the booklet notes, “Weston manages to pay tribute to the ancient tombs of Sidi Bilal in Aswan, the sufi tradition, the holy city of Touba in Senegal, China’s great Shang Dynasty, African folk music, the timeless history of the blues, and the unity of humankind.”

“The suite is saying, ‘Let’s start with our first mama,’” Weston explains. “The whole idea is that we’re all so different on this planet, but in reality, we all look alike. If you look at the flowers and look at the insects, Mother Nature paints all the colors of her subjects. One is brown. This one is black. Whatever. We’ve got one nose, one mouth. The whole idea is we all come from the same place. We all come from Africa. It’s scientifically true, culturally true.”

Weston adds: “I feel that this is the kind of work that should be in the schools, in the churches, in the cultural centers, the kind of work for all people to listen to and read about, because it will give us a better understanding of Mother Africa.”

Today, the Brooklyn resident continues to tour throughout the United States and overseas. He holds honorary Doctor of Music degrees from Colby College, Brooklyn College, and the New England Conservatory of Music; was artist-in-residence at NYU, the New School earlier this year, and currently at Medgar Evers College at the City University of New York. In 2010 Duke University Press published “African Rhythms: The Autobiography of Randy Weston,” composed by Randy Weston and arranged by Willard Jenkins. Weston is a Fellow of the Guggenheim Foundation and a Grant recipient of the Doris Duke Foundation; he was honored by King Mohammed VI of Morocco, and his decades of work—including scores, correspondence, photographs, and recordings—are now archived at Harvard University as the Randy Weston Collection. In 2016 Weston was voted into the Down Beat Hall of Fame. 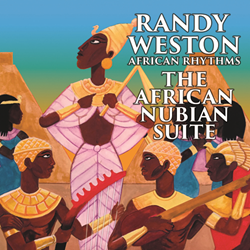 The Richmond and Henrico Health District has revoked permits from seven Richmond restaurants for not following COVID-19 regulations.
View on Facebook
·Share

Despite pandemic, some Virginia registrars report surge of poll workers

Several places in Virginia say they’ve seen a surge in people applying to be Election Day-workers, despite initial concerns there would be a shortage.
View on Facebook
·Share

Richmond Police said the man entered the gas station, took a garbage bag from his pants and then filled the entire bag with candy.
View on Facebook
·Share